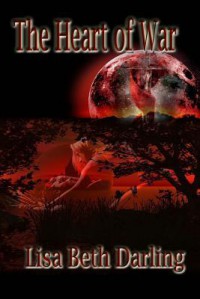 Ares, the God of War, is an Olympian in exile. Banished for a crime he knows he didn’t commit he nonetheless is enjoying his time away from the annoying denizens of Mt. Olympus. Until the morning when a woman washes up on his shore. Who is she? And how did she come to be on his island out of all the islands in the ocean? A moody and grumpy God, Ares does not like mysteries. He needs to find out who she is and why she has shown up out of the blue.

Magdalena McLeod has amnesia though her memory is slowly returning while on the island belonging to Ares. Many things come back to her, but how she came to be on the island just isn't one of them. In the meantime she has to deal with the big, brutish, handsome and sexy Ares. Will she survive his attentions?

Epic. With plenty of mythology, secrets, lies, enemies, intrigue, steamy sex and colorful characters this story has it all. Well, except romance. There’s not much hearts and roses involved. I mean, we are talking about the God of War after all. But he and Maggie do muddle along quite well in their courtship. The sex between them heats up the pages and Ares goes from being a guy who I consider a douchebag to a fairly decent Alpha dude, if you like your men big, brawny and bossy.

Be warned that there are scenes of violence including rape and torture as well as very rough sex and let’s not forget that Gods and Goddesses had sex with each other even if they were related. These items may disturb some people, so I wanted to give fair warning. My only complaint is that the story tends to drag in parts and I really, really hate the other Olympians. I mean, seriously. Can we say Asshats with a capital A? All-in-all a wonderful read.