The dread is strong with this one 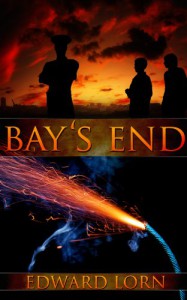 Trey Franklin is exorcising his past. Reflecting back on the summer he was twelve when he met the new kid across the street. Eddy quickly became his best friend. However, there is some serious shit going on his town, shit he never even suspected. And always oozing nearby is the evil specter of Office Mack Larson.

This story drags a bit with the everyday things a twelve-year-old boy can get into with his new best friend. There is a lot of swearing. Not that I particularly mind swearing unless it’s coming fast and furious from a kid’s mouth. I just prefer it from adults instead. Anyway, as the story moves along, some disturbing things about the people Trey knows come to light. It’s not pretty and made me cringe. And then there’s Officer Mack. That man is just plain evil. Ooooh, how I wanted to kick his ass. Many times. What did it for me in this story was the suspense. I knew something was coming, something I wasn’t going to like and I was on edge waiting for it. And, boy, does it deliver. Yowzers. All-in-all a pretty good read.