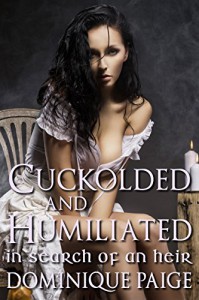 Royal couple Jorah and Elise have been trying to produce a royal heir with no success. Elise is convinced it’s Jorah’s problem, so in order to secure their claim to the throne she convinces Jorah to let her be serviced by multiple men in an out-of-the-way tavern while he watches.