Elves, don't do something to bring out their Dark Side 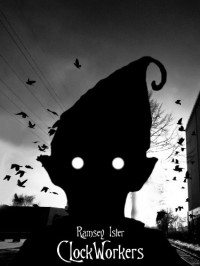 Samantha Chablon is a miracle worker when it comes to time pieces. She loves to tinker with them and can usually fix just about anything. Over the years she and her father have fixed even the most tricky of pieces. Sam has no idea how her father manages it, but she never believes his claims of having an elf for a helper, so she just figures he has a few tricks he’s not shown her yet. After her father dies though she inherits his magical helper, Piv. Once she gets over the shock of discovering elves, or as they call themselves, the Kith, are real she decides it’s time to put her plans for world domination into motion.

Let me say this upfront and to the point…Sam is not likeable. At all. Wow. She is obstinate, bullheaded and so completely insensitive to the Kith that I can’t tell you how many times I wanted to beat the crap out of her. She has absolutely no qualms in exploiting the Kith in order to dominate the world market in watches and crush her competition to bits under her single-minded feet. She does what she wants and screw anyone else’s thoughts or opinions. She makes a great villain. I hated her.

The Kith, on the other hand, are great. They’d probably drive me a bit nuts, but I love them. What happens to Hamilton is…I have no words and I didn’t even like him. But, Sam does something that turns that situation even worse (remember I mentioned how insensitive she is?), and I didn’t think that could be possible. I spent most of the book on edge, wondering when the other shoe was going to drop. And it did. Wowzers. However, the ending was a bit too neatly tied up. Sorry, but I don’t think Sam had it in her to do the 180 she did. I wouldn’t trust her again. Ever. Overall though this is a great read that kept me on edge and made me grind my teeth over Sam’s behavior.