Weird, but not bad 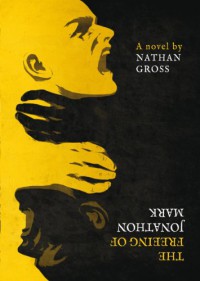 Jonathon sits in a little brown room all day and listens to people bitch and complain. Why? Because he’s a Taker. He gets paid to sit unmoving, unblinking and silent while his patients go on and on about the things that piss them off. He takes all of their grief away and at the end of the day he empties it all into a little box. But sometimes the emptying isn't enough and he must indulge in his dark vice. All Takers have a vice of some kind that helps them deal with being a Taker and Jonathon is no different though he has a bit more control than most. Until one day when Pam’s dark vice throws a wrench in the works. Or is it?

A book about people who take grief and their dark vices, sounded like a pretty good premise for a book. However, what it turned out to be was a lot different than I thought it would be. I’m not saying it’s a bad different though. The story is definitely interesting. And I loved Jonathon’s inner monologue that played when he was with clients. Hilarious! The writing style is weird and took some getting used to, but there were many things I didn’t get and that brought down my enjoyment of the book. The world in which Jonathan lives, how he became a Taker, his recurring dream and the entire ending confused me. It’s probably just me though. I never do well with books that have me trying to decipher dreams and I’ve never been good with any kind of symbolism. I like stuff spelled out. If you like books like that though then you’ll probably get much more out of it than I did. I’d read it again just for the inner monologues. :D