Reblogged
"GOT YOUR GOAT" (A Short Story) by Edward Lorn 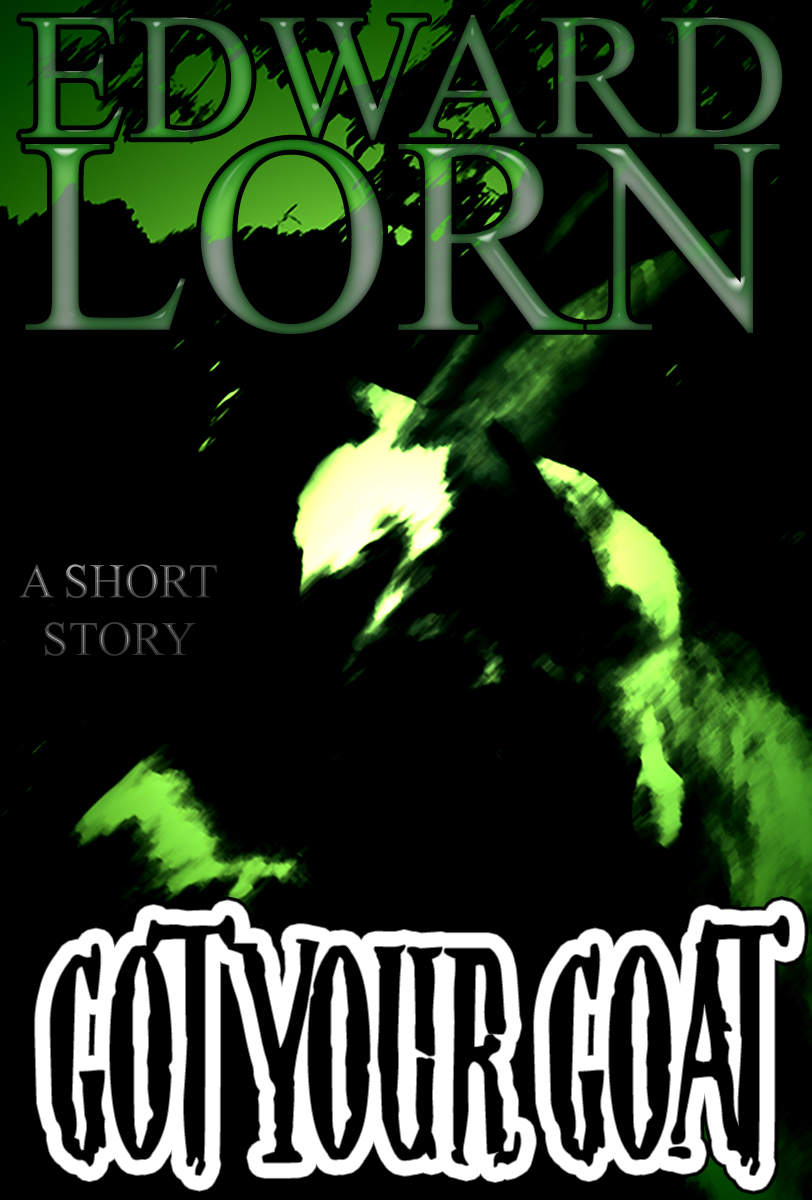 (Author's note: I started my writing career with flash fiction. "GOT YOUR GOAT" is one of those early pieces. It's quick, nasty, and features a monster I've always wanted to use in a longer-form story. Maybe one day...)

The goat’s balls were huge, planetary. I shined the flashlight in between the animal’s legs while Gary rustled around in his pack. My friend grunted. I swung the beam to where he knelt by the barb wire fence as he yanked the hedge clippers from his satchel.

“Sumbitch got caught.” Gary, all of five foot and balding at thirty, spat into the grass. He stood up, adjusted the crotch of his coveralls, and joined me by the billy with the gargantuan testes.

“You’re really gonna do this?” I asked.

“Fuck yeah, po’ boy.” My name is Patrick, but Gary liked to constantly remind me that he was better off in his monetary situation than me. “Bastard killed my Cooter.”

Cooter had been a sour-smelling Blue Tick hound Gary had owned since he’d grown hair on his particulars. The dog was known for never leaving the porch, but earlier that week, Jasper Bumgardner ran the dog over out on highway 14 going into Autugaville. What the hound had been doing out that far—a good ten miles from Gary’s house—neither my friend or I knew. Jasper had called it in to the local PD and Deputy Shaw relayed the news back to Gary. Gary went out to collect what was left of Cooter from the side of the road. Jasper’d been gone, but Deputy Shaw had waited for my friend. The Blue Tick’s back had been snapped clean in two, and his guts were hanging out his ass. Gary wasn’t crying when he called me, but I heard the ghosts of sobs hanging on his every word.

I leaned down, half-expecting the well-endowed goat to just take off and leave me in his dust, but the animal let me pet him. With calm, soothing strokes, I gained its favor. I dropped to one knee, wrapped both arms around its midsection, and shined the flashlight back between its legs.

Before I could utter “quick,” Gary snipped off the goat’s sack with the hedge clippers.

A keening noise came from the goat as he bucked me. The damn thing sounded like a lady screaming. I’d never heard a thing like it in all my days. The noise drew the females. First two stepped into the glow of the flashlight, then four more, until I was surrounded by brown and gray ladies, sniffing and chuffing.

I released the billy and he ran away. I assumed to bleed to death.

And then the feeding began.

I heard tell that goats’ll eat any-damn-thing, but I always imagined that meant trash; tin cans, cotton batting, and other such shit. Not recently removed testicles. Didn’t that make them cannibals, or at the very least, carnivores? Up until that moment, I'd believed all goats were plant eaters. I was wrong.

Gary laughed at the sight of the throng of munching females. “Them bitches is ruthless! Let’s see how ol’ Jas' likes it when he finds his prized buck without its mailbag. Come on, po’ boy, let’s grab a beer at Sissy’s.”

Gary snatched up his pack, shoved the bloody shears inside, and made his way toward the fence. In less than ten seconds, he was out of the reach of the flashlight.

Something about the females bothered me. The testes had been devoured, but now the nannie goats seemed intent on trimming the blood-splattered grass around them. Off in the distance, the billy screamed again. Jasper’s house was forty acres west of where he kept his goats. No chance he’d hear his prized buck lamenting, but fear swelled in me nonetheless.

I should have left, at least that’s what my brain was telling me. Still, my feet felt anchored, like someone had poured cement on them and parked their car atop my stone-set shoes.

I swept the flashlight over the crowd of nannie goats, up over them and into the vast field before me. The light died twenty feet ahead, consumed by shadows. With the flash on, my night vision was shot. Everything in my peripheral vision was made of ink.

Something was stomping toward me through the gloom. At the edge of the beam, it lumbered into view. The breadth of the thing’s form caused me to retreat a full four steps, all taken in rapid succession. I lost track of the hulking monstrosity.

My heart hammered in my chest, as if someone was knocking on my ribs with a jackhammer. The barbs of the fence stabbed into my back. I hadn’t realized I was so close.

I spun on my heel and used the fence post to help me vault the wires.

Gary’s Subaru Crossover was parked fifty yards away, at the road. I could see the headlights. The closer I came to the car, the more I realized something was wrong. The driver’s side door was ajar, but Gary wasn’t behind the wheel. I looked left, to the front of the car, then right, to the rear.

Gary’s brown Timberland steel-toed boots stuck out from under the rear bumper, lit a dim red by the rear lights. I took a step toward him, and another, then stopped altogether.

I did not see what had become of my friend. Not that night. Because, into the crimson glow emanating from the back of the car, a terrible thing stepped forth. Black fluid coated the man-goat’s jutting horns. Its long torso, covered in matted clumps of coarse wet hair, rose and fell with haggard breaths. Steam poured from cavernous nostrils set below two gleaming eyes.

Leaning forward, it loosed a roar. Spittle and fetid breath washed over me. The beast rocked to the side, snatched Gary up by the crotch of his coveralls, and lopped off into the darkness, carrying my friend by his nuts.

I took off for home. Ten miles of nothing but blurred feet and pavement. I'd never run so fast. After all, I had work in the morning.