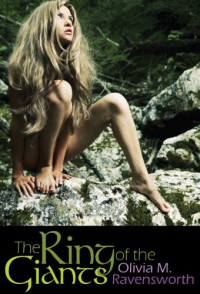 *Book source ~ Many thanks to Pink Flamingo for providing a review copy in exchange for an honest review.

Kalesh is the lowest of the lowest people in his village. An orphan rescued from a burning village by a man that died soon after, he had to fend for himself and was not wanted by anyone else. Even Mara, the lowest daughter of the lowest man was above Kalesh. Until one day, far up in the mountain, Kalesh finds something of great worth, something that changes his life dramatically.

The characters are pretty good though I didn’t really get to know them as well as Kalesh. For being such a ‘low’ person on the totem pole he’s actually pretty smart. When he finds the giant relics on the mountain he grows by leaps and bounds though he doesn’t always understand what he’s seeing and learning with his new items. His journey with Mara and Pon is very interesting to follow and I was curious where they would end up. Along the way there is a lot of sex going on. Kalesh is making up for lost time and who can blame him.

The plot, the writing, the characters and the hot steamy scenes are wonderful, but there is a lot of repetition of certain phrases and descriptions of sexual acts. Much of it could have been cut without losing any of the tale. All-in-all though I really enjoyed Kalesh’s story.