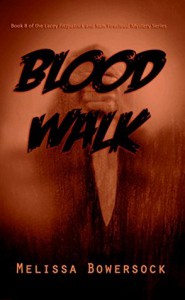 Book source ~ Kindle Unlimited Lacey Fitzpatrick and Sam Firecloud are paranormal investigators. Well, sometimes. Lacey does work as a private investigator between the paranormal cases and Sam works in construction. As a medium, Sam has seen ghosts and gotten impressions from them since he was a kid. He tries to help them move on from the Earthly plane and his job is so much easier now that he has lacey to help him. Good thing, too. This case is one for the books. The LAPD hasn’t been able to catch a serial killer who has murdered 4 people in a month. When Sam and Lacey offer to help, Sam discovers he can not only get impressions from the ghosts, but he’s picking up on the serial killer, too. What?! Now it’s a race to find the killer before the killer finds them. This is an interesting twist to the stories that came before. Sam is freaking out that he’s picking up on a serial killer’s thoughts. As much as he hates it, he needs to keep the connection in order to find this guy. The writing is still simple and crisp and it’s a quick read, but I’m not as happy with this one as I’ve been with the previous stories. Maybe it was the serial killer angle, though that was actually kind of a nice twist. I can’t really put my finger on why this was less than the others. However, it’s still a great read and I’m looking forward to more Sam and Lacey stories.