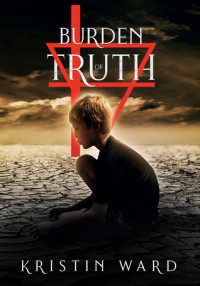 Book source ~ Review copy. My review is voluntary and honest.

Enora Byrnes has lived her whole life under the control of the DMC. Water is scarce and the resource must be carefully guarded. But the resistance believes the DMC has more than they are sharing. Enora and Springer were soldiers for the DMC once. Now they are with the resistance and with each day that passes, things get worse. Stories are told on both sides, but they both can’t be right. Can they?

This is a bleak look into a future we don’t want. Ever. I can’t imagine this world as a real world and yet I know it could happen. If we aren’t much more careful with this planet we live on, that supports us, we will be staring right into the face of this tale. And it is not pretty. Enora is such a conflicted character. At times it’s hard to like her because she has a tendency to be an idiot, but for the most part I feel for her. Springer is her one constant and he’s still a bit of a mystery. One thing that’s unquestionable is his devotion to Enora. He always has her back. They are in this together, all the way to the end. And then there’s Ander. What are they going to do with him? If you like YA Dystopian stories then you should really pick up After the Green Withered and this one. They will wring your heart out until you’re left with a dried out husk. Fitting for this desolate world.