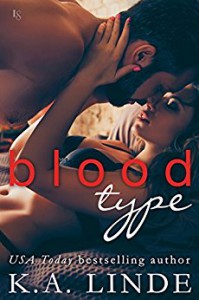 Reyna Carpenter finished school, but she can’t find a job. In this world ruled by vampires, her only asset is her blood. So, to ease the burden of her brothers who work long hours in a factory earning little money to support the three of them, she goes to Visage to sign up for the body employment services. In other words, food for vampires. Her brothers would throw a fit if they knew so she didn’t say anything to them. But when she’s there, she discovers she’s eligible for a new program, one where she doesn’t feed a vampire for a month then get time off before rotating to another vampire. This new program is being tested with the wealthy vampires first and she would live indefinitely with her Sponsor. Or until such time as she wanted out of the program or her Sponsor terminates the contract. It pays more, a lot more, so Reyna signs up. Her Sponsor is a top executive at Visage, Beckham Anderson. Beckham is powerful, rich and handsome, but he’s abrupt and acts like he doesn’t even want Reyna in his apartment. That’s when things get even weirder.

This is a fascinating if totally bleak world and it would have been a great story if Reyna and Beckham could have been written better. I really can’t stand Reyna. What a twat. And Beckham is a class A asshole. Sure, there’s some juicy stuff revealed later, but for the most part this story just lacks all around. The bad guys are the best part and I found the blood type thing incredibly interesting. However, it’s mostly blah and meh and, frankly, at times, pretty fucking dumb. I’ll take a pass on the rest of the series.