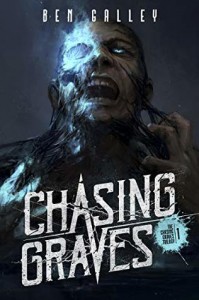 This story starts out with a prologue where a woman is dragging a dead man through a desert. I have to say, quite intriguing. Then chapter one introduces a guy taking a shit in an old woman’s lockbox. Meet Caltro Basalt. Master locksmith extraordinaire and someone who thinks outside the box (or takes a big dump in one) when getting revenge on people. He’s received a job offer that originated from the Cloudpiercer in Araxes. His situation is desperate enough that he decides to chance going to the City of Countless Souls even though the chances of dying there are quite high. But dying there isn’t the worst part. Oh, no. Once dead, someone can claim your soul and when you come back as a ghost (known as shades in this world) they own you. Instant slave. Yeah, Araxes doesn’t appear to be a place that I’d want to visit, for any reason. But Caltro needs funds so off he goes - only to be murdered almost as soon as he sets foot off the docks. And then the book is off and running with several people on different roads set to converge. What in the Arctian Empire could dead gods, an anonymous woman, a dead and bound locksmith, the Empress-In-Waiting, and a soulstealer have in common? You’ll have to read to find out.

Told from several POVs this is one highly imaginative and deeply twisted tale. There’s Caltro’s experiences and the woman in the desert is Nilith who killed her husband Farazar, but the nuggets about them are dropped sparingly as they traverse the dangerous desert lands. The Empress-In-Waiting, Princess Sisine Talin Renala, has her own agenda as does the soulstealer , Boss Temsa. Each one goes about their business in this book, but as the pages fly by I could tell they were going to intersect at some point. Well-written and nail-biting this dark fantasy contains murder, slavery, power, and corruption in a uniquely built world. Luckily, there’s some humor thrown in to lighten it up just a tad. Two of our fellow journeymen’s stories end in a bit of a cliffhanger (and frankly a jaw dropper for one), but not such big ones that you want to toss a table. Or two. I can’t wait to see what happens in book 2, Grim Solace!