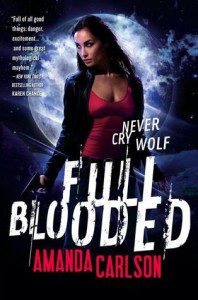 Jessica McClain was born the only female in a male dominated race of shifters. Sharing a special bond with her twin Tyler didn’t make things any easier. Her very existence created unease and outright fear due to an ancient prophecy. When she didn’t change in her teens the tension died down somewhat. However, ten years after she should have shifted she suddenly does shift becoming the only full-blooded female werewolf ever known to exist. Only she isn’t exactly a werewolf like her father and brother. She’s something else. With factions gunning to either kidnap or kill her, it’s no longer a question of whether she should exist, but whether she can stay alive long enough to figure out why she exists.

*sigh* This story had so much promise. It was a little rocky in the beginning, but I can overlook that in a first novel. However, when it degenerated down into a stinking pool of ridiculousness I had to cry foul. Its crimes:

I’m done. No more of this series for me.