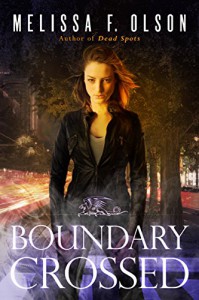 There’s something strange about Allison “Lex” Luther. She has a difficult time dying. Ok, the dying part isn’t so difficult. It’s the staying dead that’s giving her problems. For some reason she can’t stay dead. Not necessarily a bad thing, but most definitely strange and it’s the reason why she suddenly ends up over her head in a magical world she never knew existed when she dies yet again while protecting her baby niece from the vampires (?!) kidnapping her. Vampires. Lex had no idea. But now she needs to learn all she can and asap before the bad guys go at her niece again.

Woo doggie! Just when you think there can’t be any other way to tell a story involving magic and vampires, along comes an author with a unique spin on the old standby. A boundary witch is something I’ve never heard of and it is some interesting shit. Lex has to learn her stuff on the fly and she does a decent job of it, but she’s still ass deep in vampires and the magical world and not a clear picture of what she can do or what’s expected of her by the larger community. Not to mention she needs to protect her magically gifted niece, all while keeping everything a secret from humans. Well, isn’t that a kick in the head? Well-written and edge-of-seat gripping, with only a few areas of stretching believability past the limits, I’m most definitely going to be reading the next book in this series.