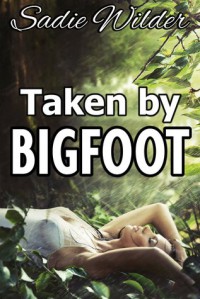 Rachel, her boyfriend, and another couple go camping. After getting drunk and high, Rachel and whatzhisname go into the dark to have sex so the other couple doesn’t hear them and instead Bigfoot knocks dumbass out cold and runs off with Rachel.