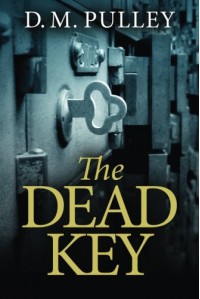 In 1978, in the month before the First Bank of Cleveland closed its doors in the middle of the night, Beatrice Baker is hired on as a secretary. Relived that her fake papers have landed her the job, all she wants is to do her work and keep her head down. But an immediate friendship with Maxine “Max” McDonnell pulls Beatrice into a web of lies, deceit, theft and murder. How in the world is she going to survive?

In 1998, twenty years after the First Bank of Cleveland was locked and abandoned, Iris Latch from the firm Wheeler Reese Elliot Architects, has been given the job of measuring and drawing up floor plans of the old building for the owners due to a potential sale. What Iris finds is a creepy building frozen in time and a huge mystery of why everything was left behind for so many years. As Iris draws floorplan after floorplan she finds things that make no sense and the mystery begins to consume her. Does curiosity kill the cat? Iris is about to find out.

This alternate historical story of a factual time in 1978 Cleveland and the black eye the city acquired by defaulting on their loans is a fascinating tale of suspense and mystery to this NE Ohio native. Obviously the First Bank of Cleveland did not mysteriously close up shop in the middle of the night, but what if it had? The alternating viewpoints from Beatrice in 1978 and Iris in 1998 are well done. However, I do not like Iris at all while I love Beatrice. Iris is a crappy employee. She’s a chain smoking drunk who thinks nothing of being late to work to a job she hates and doing half-assed work. Also, what a fucking whiner. Beatrice, on the other hand, is a sweet girl that life has put the screws to and yet she gets up every morning and does her best. I can’t help but love her. I didn’t care what happened to Iris, but I was cheering for Beatrice the whole way. Especially as poor Beatrice is pulled into something sinister and way over her head. The suspense kept me on the edge of my seat and I had a hard time figuring out the big picture. What the hell was going on?! Each puzzle piece that dropped into place helped and I had several wild ideas, but the end result was a bit more mundane than I was expecting. Even so, what a ride!