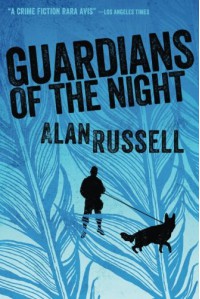 Detective Michael Gideon and his German Shepherd partner Sirius are the only cops in the Special Cases Unit. Tasked to solve any case that seems strange or unusual they do the best they can to close each case that comes their way. While trying to find a Reluctant Hero who saved some elementary kids from a lone gunman Gideon and Sirius get a case about a homeless man who witnessed the murder of an angel. Both cases are interesting and twisty, but Gideon is like a dog with a bone. Or is that Sirius? Anyway, Gideon is determined to find the Reluctant Hero so the Mayor can present him with the key to the city and he’s more determined to figure out this angel business and bring a murderer to justice. But he’s playing with some people who think they are above the law and that can be a dangerous game to win.

I went into this Gideon & Sirius book 2 with high hopes. I loved book 1 and I hoped it wasn’t a one-off. I was so glad to find another win! Gideon is working two cases and I love watching him solve said cases. He’s an excellent detective even if he sometimes has to get clues after dreaming yet again about the fire where he, Sirius and Ellis Haines (the Santa Ana Strangler) almost died. You see, some nights he relives that fire and when he wakes he has a vision. It could be his subconscious trying to tell him something or it could be something paranormal. Either way, he gets clues to his cases, but sometimes he doesn’t know how to interpret them. Very cool for me the reader. Not so much for Gideon.

The plot is a good one. The whole angel thing? Loved it! And I loved how Gideon gnawed and gnawed at the Reluctant Hero case until he found what he was looking for. Oh, and the RH? I hope we see more of him. He’d be an awesome addition to the cast of characters. Speaking of characters, they’re great and not just props. There’s some romance and plenty of humor, too. If you like twisty mysteries well-seasoned with humor then I recommend this one. Don’t forget book 1, Burning Man, too. I hope this series is around for awhile.