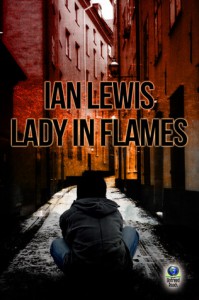 A series of events are told from multiple POVs in this tale about a small town named Halgraeve. Several residents and a mysterious otherworldly figure called The Driver tell the tale leading up to the unexpected conclusion.

The town of Halgraeve is so depressing in this tale. The writing is so good that I felt like I was there and I just wanted to get the hell out. To run far and fast. To get away from what appeared to be a dead end place in a rundown tiny corner of the world. The different POVs were interesting, but the most interesting character is The Driver of the black Camaro. I didn’t quite understand the world in which he existed most of the time or what his role in the real world was exactly, but I still found him fascinating. It’s not quite my type of book, but it’s a good read all the same.